I always thought waxing was such a painful waste of time. I’m sure most of you feel the same way too. But, your opinion is probably going to change when you learn how to remove wax from your skin. I know mine did.

Bear in mind that I’ve researched and tested everything about waxing because it is an essential part of every woman’s skincare routine. So, I assure you that all the information you will find in this waxing guide is accurate and checked.

In this particular article, I’ll focus on what is probably the most annoying part of waxing — removing the wax from your skin.

Most people ask me why they should choose to wax if it causes too much pain. So, that will be the first problem I address.

The problem with the alternatives to waxing

Waxing is definitely a better way of removing hair than anything else because it doesn’t have to be done very frequently. Also, it removes hair from the follicles. Shaving, on the other hand, only removes the hair that has grown out of the surface of your skin.

Of course, laser hair removal is an option too. But, it’s expensive. Plus, it works better on light-skinned people than dark-skinned ones.

However, most people opt for laser removal and hair removal creams probably because removing wax is too painful. I remember hating it during most of my teenage years and even later. Finally, I decided that there has to be a way to overcome that part.

Turns out there actually is — and I’ll tell you how.

How to painlessly remove wax from your skin (a complete guide)

Did you know that there are two types of wax?

There’s soft and hard wax. I decided to start my guide here because these aren’t exactly removed in the same way.

Hard wax is a non-strip wax. The wax is applied to the skin when it is warm and thick. Then, after it cools down, it is pulled off instantly.

Without a doubt, this type of waxing is more painful, but it is also more effective. However, it’s also a waxing method that is used mainly by professionals because this kind of wax isn’t easily found. It can be made, but the process could go terribly wrong.

Soft wax, on the other hand, comes with strips. So it is easier to remove and definitely less painful too.

This is the kind of waxing most people usually do by themselves. Moreover, we know soft wax for exfoliating the skin along with hair removal. You could say it’s a 2-in-1 ally against dry skin and hairy legs.

Here is a quick waxing guide for those of you who want to use soft wax.

Press the strip on the applied wax.

Remove the strip, slowly, from the opposite direction of hair growth.

For example, if your hair is growing towards the right, it means your hair growth direction is from left to right. So remove the strip from right to left.

Removing the strip at a 90-degree angle at once is what causes a lot of pain when removing wax. The best thing for you to do is to remove it at a 10 or 20-degree angle. That way, you’ll make sure your hair is removed from the root and not broken midway.

Still not sure about this?

The logic is the same when we’re pulling out plants from the soil. You would remove a plant from the root because breaking it midway will damage it beyond repair.

Apply a soothing cream or gel to reduce the burning sensation.

Please note that I said “soothing” cream and not “moisturizing.” Soothing creams usually come with tea-tree extracts or aloe vera, and just like the name suggests, they soothe the skin.

On the other hand, moisturizing lotions and creams tend to clog the pores. Your skin needs a good moisturizer, but it’s better for you to avoid using any on freshly waxed skin. However, if your moisturizer is light and hydrating, then there is no harm in using it.

According to Allure Magazine, pressing a paper towel that was soaked in a 50-50 mixture of skimmed milk and cold water should reduce redness after waxing. So if you have sensitive skin, you know what to do.

I warned you already. Removing hard wax is more painful than removing soft wax. But, because it is also more effective at removing hair, a lot of people still use it.

Here is a quick waxing guide for those of you who have chosen the greater challenge (i.e., hard wax).

After you have applied the wax on your skin, pull the wax off in one go. That’s it!

DO remember to pull the wax in the opposite direction of hair growth.

DO NOT try to pull it off slowly because that will only cause more pain. Trust me.

Removing wax from your skin when nothing else works

Some types of wax can stick to the surface of your skin even after all the hair is removed. In other words, they leave behind a sticky residue. If that happens, there is a good way to wipe it off your skin.

Soak a towel in mildly hot water. Please make sure it isn’t too hot.

Dab the towel slowly on the area with wax residue. The warmth from the towel should soften the wax a bit.

Using a cotton pad, rub some baby oil on the pieces of wax. The oil should dissolve them.

Then, using another cotton pad, wipe the wax off your skin.

When it comes to waxing, you’ll find a lot of “talk” about it. You’ll find countless pieces of advice, warnings, waxing guides and techniques.

One of the worst waxing MYTHS I’ve come across is that waxing will reduce the amount of hair growth with time. Actually, this myth has inspired a lot of people (like teenagers) to start waxing before their skin is mature enough to handle it.

The truth is — there isn’t a single hair removal method that removes hair permanently. So if you ever hear of a method like that, know that it is a hoax. Don’t fall prey to marketing lies.

Other ways to reduce the pain when removing wax

It is true that waxing hurts. But how much it hurts really depends on each person’s pain threshold, and more importantly, the skill of the person who is removing the wax.

An easy rule to remember is that your pain tolerance drops a few days before your menstruation. So avoid getting a wax job during those days.

Furthermore, if you haven’t noticed, waxing hurts a lot more when the hair strands are long. So, to avoid feeling too much pain, maintain a regular and consistent waxing schedule.

It would be best if you could wax every month. That way, you can remove the hair before it has grown too long — and believe me, it’ll be less painful.

Basically, the most important rule to remember when removing wax is to slowly remove soft wax and quickly remove hard wax.

Apart from that, don’t forget to soothe your skin after waxing it. I recommend using aloe vera for the job. But, it’s up to you — choose a soothing gel like aloe vera or another soothing product available in stores.

Now that you know how to remove wax from your skin without causing too much pain, trust me — you’ll never want to whip out the razor again. 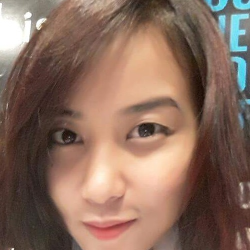 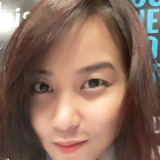