Fact: Laser hair removal does not cause cancer. According to Dr. Deborah S. Sarnoff, lasers are often used to treat various forms of skin cancers or skin damage. Healthline has added to this fact by reminding us that the radiation used by laser hair removal is so small, it is nearly inconsequential.

Myth 2. It can cause infertility

Fact: According to the Environmental Protection Agency, intense radiation can cause fertility problems, which is why you put a lead blanket over yourself during x-rays. However, the level of radiation from laser hair removal is nowhere near the level that is received during an x-ray.

As we touched on above, the radiation from laser hair removable is negligible. There is no way for it be strong enough to reach your internal organs and cause a fertility problem.

Myth 3. It will harm your internal organs

Myth 4. It causes hair to grow

Fact: This myth most likely stems from the myth that states shaving causes hair to grow back coarser and thicker, which according to Scientific American, it doesn’t.

Laser hair removal also does not cause hair to grow back. LiveScience author Maureen Salamon reminds us that lasers destroy the follicles of the hair, not the other way around. After all, if lasers caused hair growth, everyone who wanted more hair would be getting it!

Myth 5. It costs a fortune

Fact: While laser hair removal is far from cheap, it is also far from a fortune. While the cost varies dramatically due to a number of factors, the American Society of Plastic Surgeons estimates that the average price is $235 per session.

Dr. Anil R. Shah says that the number of sessions required is based on the area being treated and the individual’s physiology, but can range from 3-10 sessions.

Fact: According to Louis Silberman of the National Laser Institute, the FDA approved the first laser to target melanin in hair follicles in 1998. Since this laser was only able to safely target the melanin in the hair follicles of light-skinned individuals, the myth that darker skin could not get laser hair removal was born.

Luckily, nearly two decades have passed since this first melanin-targeting laser, and now any skin color can get laser hair removal.

Fact: Since laser hair removal damages the hair follicles, many people believe that the removal is a permanent thing. Dr. F. Victor Rueckl, a dermatologist, says that in reality, only about 70%-80% of hair will be completely removed from laser hair removal. Damaged follicles may still produce hair, depending on the level of damage.

Individual hair follicles may be completely destroyed in laser hair removal treatments, but it is impossible to destroy every single follicle. Due to these factors, it is best to do maintenance treatments every six months.

Myth 8. One and done

Fact: Piggybacking off of the previous myth, many people believe that one treatment of laser hair removal is enough. According to Dr. Michael Law, on average, it can take between 5 and 7 sessions when you first begin laser hair removal to see the results you want.

After you finish your set of sessions, you will likely require maintenance two or three times a year. It is important to remember that the amount of sessions and the frequency of maintenance is fully dependent on your individual body.

Myth 9. Anyone can perform this procedure

It is critical to remember that only a licensed medical professional should ever perform a laser hair removal procedure. It takes significant training and medical knowledge to safely use the laser.

When the laser is in the hands of a licensed medical professional, the treatment is safe and effective.

Myth 10. Laser hair removal only works on the face

Fact: The myth that laser hair removal is only effective on the face most likely originates from the idea that it can only work in small areas. In fact, the only reason laser hair removal may not be performed in large areas is due to an increase in cost.

According to the American Academy of Dermatology, laser hair removal can be used to treat most areas of the body, including the back, bikini area, chest, neck, shoulders, underarms, and face. The only area that must be avoided is removing hair around the eyes.

Myth 11. My results are guaranteed

Fact: Much of the propaganda surrounding laser hair removal praises the “guaranteed result” of being perfectly hairless. This line of promotion also tells customers that everyone will have the same result, which is impossible.

Dr. Robyn Gmyrek, in an interview with the Huffington Post, reinforces the notion that there needs to be enough pigment in the follicle for the laser to work. This means that the best candidates for laser hair removal have dark, coarse hair.

As we discussed in an earlier myth, you can still get great results with lighter hair. Just remember that they will not be the same as someone with darker hair.

Fact: While it is true that pain tolerance differs from person to person, the procedure rarely is unbearable. Dr. Dennis Gross, a dermatologist who practices out of New York, describes the procedure as similar to the feeling of a rubber band snapping against your skin.

​It is also common to use a topical anesthesia, ice, or some other cooling product prior to the hair removal if a patient has a low pain tolerance.

To ensure you have a safe and effective procedure, always see a licensed medical professional. When done correctly, laser hair removal is a safe way to remove unwanted hair. 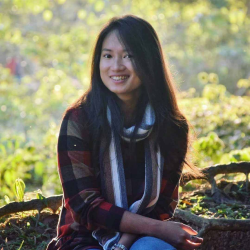 Marie Arthur
Marie Arthur is the mentor and chief content manager of Beautishe. Her greatest passion is to help people with her every small piece of advice. 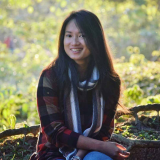 Marie Arthur is the mentor and chief content manager of Beautishe. Her greatest passion is to help people with her every small piece of advice.